Tracking Unique Engagement Rates + Resends to Those Who Did Not Open/ Click, aka "Inactives" = Significantly Higher Reach

Who knew? Resending to subscribers who didn't engage with your email campaign or newsletter can increase your reach by almost 50%. I'm kind of incredulous that this post on Forbes is even in existence, but if someone doesn't write a blog post on a topic, then I guess it doesn't really exist in today's environment... I know that's a bit glib to say, but we've been doing resending to inactives (and have dead-simple ways to do this) for YEARS.

Above and beyond just opens and clicks, Unique open and click data is a better measure of how well your message is reaching all of your subscribers. Maybe your email wasn't really that engaging when it was sent: potentially you had decent open rates, but you didn't see a ton of clicks. You could surmise that your subject line wasn't that catchy, or it was the time of day or the day itself, or your call-to-action wasn't very strong. Either way, it didn't do very well. Instead of calling it a wasted effort, you could salvage the content with a resend.

When we say "Inactives", we mean subscribers who didn't open or click a specific campaign. When you choose to send to this group is key: We recommend a 5-7 days-after approach here. Many people prioritize their inbox by not opening an email until they can get to reading it. So, give these folks a few days to eventually get to it. Or not! Maybe your email was immediately deleted for whatever reason. Choosing another subject line can be key here, because the subscriber who instantly deleted may not the second time around- nor realize it's the same message. This approach is particularly useful and allows you to better understand if your campaigns are actually getting read or not.

Some call it 'remailing', others might call it 'data optimization', or simply 'segmentation'... At the end of the day, you can call it whatever you want, as long as you're doing it. The fact is that sending to this group a week later is going to get your email in front of a set of eyeballs that otherwise would have not engaged with your content at all. Yes, maybe your open rates won't be as high as the first send- but, it's going to a smaller set of people (who might be less interested in the first place). And yes, you'll still get some who unsubscribe- but they didn't see the first email so they were probably going to unsubscribe anyways. There's no worry of screwing it up, if you use our system- you set it up and our querying and scheduler tools do the rest. But if you don't use us, simply create a custom list of those who did open or click and exclude them from the resend. Remember to create your list JUST before sending, so you're not sending twice to late-openers.

Ahh, there. I feel better already. 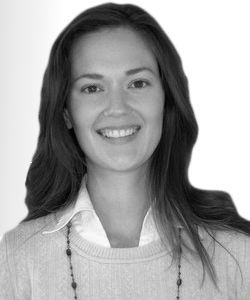